How to Win a Rap Battle 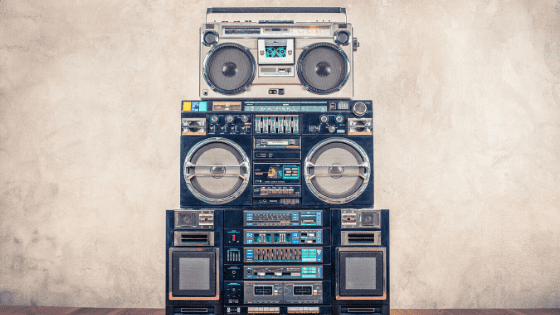 Ever watch a rap battle and think, “I could do that”?

Well, when I saw the movie 8 Mile in 2002 (starring rap phenom Eminem) that was exactly what went through my head.

So, as silly as it seems now, I began organizing rap battles as a Senior at the University of Oklahoma.

I spent my sophomore and junior year employed at the Alumni Outreach Program (a more professional way of saying, “students that telemarketed alumni and asked for money during dinner.”)

By senior year – I was in charge of the whole program.

The job was tough. Turnover was high. We hired every Wednesday.

To spice up this energy-sucking, rejection-filled job we downloaded instrumental beats off Napster and let student employees lyrically go at it on break.

Full transparency – no one was rapping off the top of their heads. We’d [poorly] write ahead of time, hold the [crumpled] paper in hand and [awkwardly] try to stay in rhythm as we teased our co-workers.

It’s harder than it looks…

But I learned an important lesson about objection-handling from Eminem.

(Quick tutorial: in a rap battle, each person gets a turn with the microphone and the goal is to embarrass your opponent. The victor is decided by applause)

In the movie, during one of the battles Eminem’s character uses his time with the microphone to say what his opponent is about to say about him.

In short, “I bet you’re going to say…” then he handles the objections in advance.

His opponent is dumbfounded. On his turn he stumbles, stutters and loses the battle.

He didn’t have anything else to say.

When it comes to handling objections we must take them head on.

Think of all the reasons someone might not buy our product / service and shine a spotlight on them.

Whether on the phone, webinar, or a sales page…

Let’s get the objections front-and-center.

I’ll say, “At this point you’re probably thinking… I don’t have time. It’s expensive. It won’t work for me because I’m a one-of-a-kind unicorn.”

Then tell a story about someone else who thought the program was expensive, chose to take the leap and got a result.

Tell a story about someone who thought they were too busy and what they did to succeed.

Then, if it’s a problem they’re really interested in solving their objections are already addressed and we can move forward.

Step 1: Think about possible objections to your product / service (usually money, time, or feeling like it may not work for their specific niche)

Step 2: Collect stories about people in that exact same position that used your product / service and how it worked for them.

Step 3: Tell those stories and pre-handle their objections.

When the objections are right there on the table, addressed by stories of transformation led by people just like them…